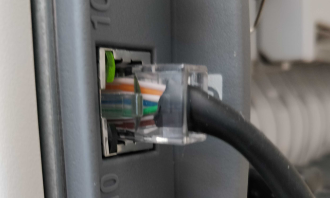 It's interesting in this day and age that print servers are getting as much attention as they are. I've seen websites that claim to eliminate them. These sites don't really do that; they only keep you from needing to work directly with the servers. Many of the original hardware solution vendors have switched to other business endeavors.

Nonetheless, print servers continue to remain an integral part of the routine IT process in many businesses.

My goals for this article include:

I wrote the first software print server available for Microsoft Windows under their "Windows Sockets" API, back in the early 1990s. I also wrote the second, an iterative version of the first. Several vendors with proprietary TCP/IP stacks for Windows provided on already, so I'm not claiming the first implementation because that would be inaccurate.

Since that time, I have written, enhanced, and actively supported a newer Windows print server. This product is in active use in commercial and government installations worldwide. I know this because I work with the support team closely, not typical for developers. I've also implemented at one time or the other most technologies mentioned in this article.

I can imagine this posted as a sign on a wall somewhere:

"The essential mission of a print server is to get ink on paper."

At the same time, that statement is both too obvious and incomplete.

Most printers today have one built-in. You can tell because the printer has a network jack in the back.

At the same time, there is a class of print server that is not built-in to a printer, which converts the print job to PDF and may perform other software-specific functions. For instance, the it may bridge between a legacy system with traditional print capabilities and a modern document management system, to name an example.

Note that a print server built-in to the printer may require a disk or sufficient onboard memory to be able to spool. I've seen this in a few high-end printers, but I've also seen those systems fail when they received a file that was too large.

If you are not familiar with spooling, consider this as a premise:

You can create print jobs faster than the printer can print them.

The same is true for delivering print jobs on the network. The network can send them faster than the printer can process them.

The spooler is the piece that receives the print jobs and stores them until the printer is available to print. Note that also means the spooler needs to keep track of the order in which print jobs arrive, so they print in the same order.

Let's consider this scenario. Imagine you and I both printed to my office printer at nearly the same time, which we can do because it's on our network. We expect printing to be smooth, so smooth that we don't know who printed first because neither of us gets an error message saying, "the printer is busy, please try again later."

That's the beauty of spooling. In this case, the Windows Spooler took care of it for you, since when we print from Windows apps, the Windows spooler is in charge making sure the jobs arrive on the printer, eventually.

Similarly, if you printed directly to a print server, you would expect it to spool automatically and not force you to wait. Otherwise, you would likely find yourself printing to a system that did spool, for instance, to Windows.

Let's quickly note the circumstances when the printer is NOT available:

LPR/LPD has been around since at least 1990 and likely before. It features named queues. In the original Unix environment, this allowed for independent setup for each queue with the possibility of supporting multiple printers. LPR/LPD also supports status requests on a queue, and the ability to remove jobs in a queue before they print.

Modern printers support LPR/LPD because it's ubiquitous. In the printer itself, the queue name often means nothing although it could signify different data formats, for instance, plain text versus a printer language.

LPR/LPD includes a little bit of complexity, such as commands, subcommands, and responses. It can set job properties such as name, title, and preferred format. It also includes an optional notification in that you could get an email when the job prints. These are features more often supported by a software LPD server than a printer.

Raw socket uses TCP/IP port 9100, commonly referred to as the raw print port although it goes by other names as well.

JetDirect is a proprietary protocol developed by H-P for use with their printers. It features a command language where you can ask the printer questions and request status on page and job completion, among others. You can also set many features about the job itself, such as the name to display on the printer LCD panel, the number of copies, even the printer language for the job.

IPP is a protocol developed by a consortium of printer vendors with the first public specifications published in 1999 or thereabouts. IPP aimed to address the deficiencies of LPR/LPD and add features suitable to more high-end printers.

I don't have much to offer about IPP. I've always wanted to work with it but have not yet owned a printer that supported it. One great thing I know about IPP is that it can encrypt printer traffic.

There was a time when intercepting data intended for the printer, and doing something else with it, was considered hijacking. I've heard of systems which went to great lengths to prevent that. In these scenarios, printing took place via a printer port and a special cable connecting the computer and the printer. Back then, you had to have a driver on your computer for the attached printer.

That much hasn't changed; you still need a driver for the printer, although there are several widely used printer languages with broad support the makes driver requirement less of an issue.

Today, most printer traffic travels over the network, and not many printers rely on that special cable. It's much harder than it once was to keep printer data private.

What, then, is a virtual printer? It's a print server that is not attached to a printer. It supports one or more of the commonly used network protocols, discussed above. Finally, it's mission is not merely to print but to do something else constructive with your print job, in addition to or instead of printing.

I hope this article provided you a bit of respite from the hype as we discussed these topics: