The String Translate transform allows you to substitute text in your print job or eliminate text.

Starting with RPM version 6.2.0.504, you can copy/paste UTF-8 strings into the Search and Replace fields. Up to that point, you were required to use hex notation (see next topic). 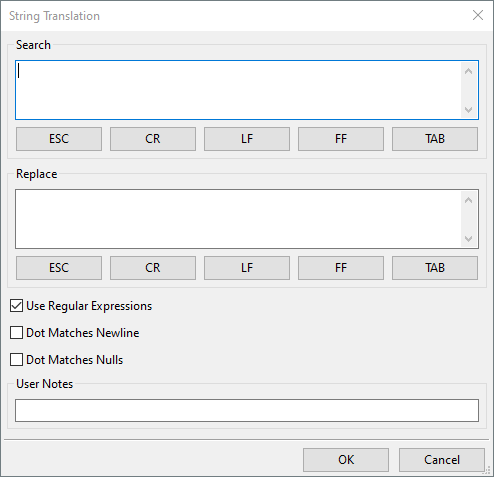 where DD is two hex digits. For instance, the string \x1B represents the ESCAPE character.

Typically you would use hex notation when you were editing binary files such as a PCL print job.

You may combine A or B and C or D in the same search as follows, which will search for Chase or Justin or John followed by Jones or Smith.